Anthony was eating a bag of BBQ-flavored potato chips when he found this interesting character. At first glance, one might mistake this for a goldfish-shaped potato chip, but I think Anthony found something much more lucrative. You see, to our best guess, this is evidence that the Potato Chip Industry is looking to move in on the ever-popular Goldfish Cracker market. Most likely, this is one of their early prototypes. I mean, what other reason could there be for such an obviously aquatic vertebrate-shaped chip? 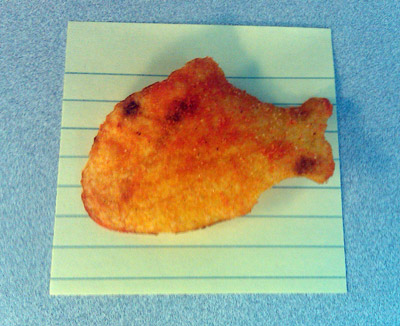