Beatrice Barbareschi, known locally as “Bici,” was attempting to remove an egg from a carton when, instead, this ghastly beast revealed itself to her. According to her account, “this happened as I tried to remove the egg from its carton. somehow, the ‘eyes’ remained stuck in the carton. The ‘mouth’ happened as I pulled the egg out.” While that seems entirely plausible, don’t we all agree that it’s JUST as likely that this egg monster was in that carton all along? Knowing egg monsters (as I certainly do!), I bet that this egg monster was just hoping a hapless human would come across its lair, giving it the opportunity to attack.

Bici did not report on what came of the egg monster after the photo was taken. For all we know, it could still be out there – seeking its next victim. 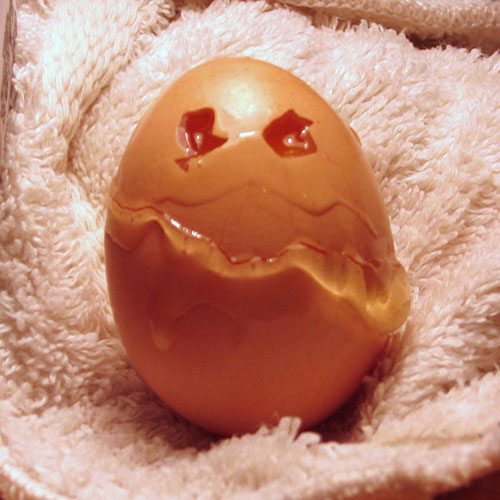