Return of the Donut Monsters

After Jim discovered this first Donut Monster, he returned to his local bakery to find yet another, similar creature had taken up residence in the shop. Fearing that he someone may have opened up a portal to a donut-based parallel universe, Jim snatched up this latest creature to add to his collection. He then did the only thing that one could imagine doing: he used them to create an updated version of Grant Wood’s “American Gothic.” 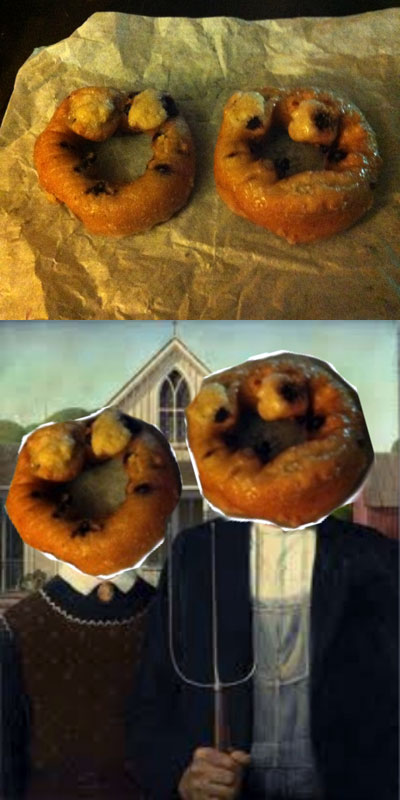 Return of the Donut Monsters, 2011

Donuts. Muppet-like googly eyes. The ability to breed and/or replicate.