The Myth of the Golden Ratio 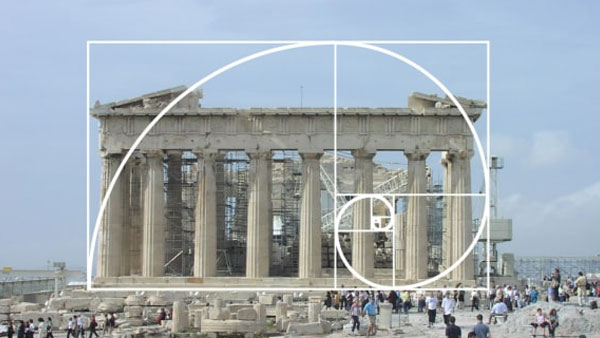 Design writer John Brownlee takes on the age-old (literally… as in back to Euclid) concept of the Golden Ratio and its application to (and appeal within) art, design and architecture.

What Is The Golden Ratio?

“First described in Euclid’s Elements 2,300 years ago, the established definition is this: two objects are in the golden ratio if their ratio is the same as the ratio of their sum to the larger of the two quantities. The value this works out to is usually written as 1.6180. The most famous application of the golden ratio is the so-called golden rectangle, which can be split into a perfect square, and a smaller rectangle that has the same aspect ratio as the rectangle it was cut away from. You can apply this theory to a larger number of objects by similarly splitting them down.”

Before you go down an artistic or design path of trying to wrap your head around this, do yourself the favor of reading Brownlee’s article: “The Golden Ratio: Design’s Biggest Myth”