KFC is introducing a new bacon & cheese sandwich on April 12th. Unlike their competition, they’ve decided to replace the good-for-nothing “bread” found in most sandwiches with two heart-challenging slabs of fried chicken.

It’s almost as if KFC is trying to weed out the weakest of their customers through a deep-fried version of “survival of the fittest.” Could they be building a heartier than average loyal following? I don’t know, but I am beginning to think we should be somewhat afraid. 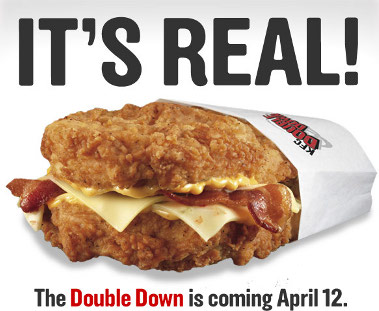